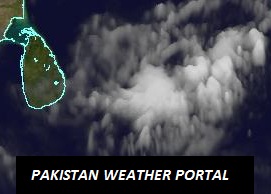 A low pressure area near Srilanka

The epic Pakistan vs Australia match during the World cup 2011 that is scheduled on March 19 is likley to be stopped in Srilanka’s ex-capital colombo due to moderate to heavy rainfall.

What is causing the rainfall?

A low pressure area that formed some days ago in South Bay of Bengal is near the south eastern parts of Srilanka. The low pressure could produce thunder downpours in colombo from Saturday that will continue till Thursday with occasional gaps. So there are chances that Pakistan’s match may be effected today. But that does not mean it will rain 100% on Saturday, there are chances of light to moderate from today and increase there after.

9 thoughts on “Pakistan vs Australia Match likely to be stopped”