‘Water levels are all time low!’

Gwadar – A hope for Pakistan’s economy!

With skies all dry and dull there is little hope for the people of Gwadar to see rain anytime soon, the proposed ‘new city’ of Balochistan had been facing drought-like conditions since 2010. The Port city that was thought to be the changing face of Balochistan is on the edge of becoming a ghost town. What is the problem of the city? Water crisis. People of the city have vowed to either migrate to Quetta or Karachi if the situation does not improve. This really makes us re-think the importance of water;

“When the well is dry, we know the worth of water.”  (Benjamin Frankiln)

The population of Gwadar is around 0.2 million and it is said that the required water is 3.5 million gallons. The Ankara Kaur Dam that was built in 1993, is at dead level due to lack of rains. Water is the key reason for life on Earth, without it the planet would have been identical to Venus or Mars.

“If there is magic on this planet, it is contained in water.” (Loren Eiseley)

Gwadar features an Arid climate that is mostly hot and dry all year round. There are only two sources of rainfall in the city;

The port city does not lie in the monsoon zone however there are some exceptional years in which it get stray monsoon thunderstorms that mostly brings light showers to the city. 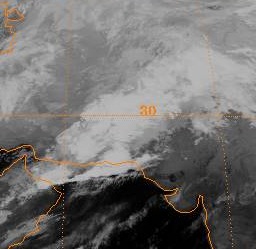 Western Disturbance’s thunderstorm over Gwadar in 2006

The western winds only affect Gwadar during the meteorological winter season (December – February) and brings the much awaited precipitation in the city. However after 2008 there had been no major coastal western disturbance that could yield enough rain to overcome the crisis.

Cyclones used to be rare in the city before the 21st century however since the since 2007, Gwadar has been witnessing tropical rainfall. The such rains are welcomed by the local people who see it as a blessing of God since the western rainfall has been a disappointment. Following are the cyclones that have affected the city either directly or indirectly;

Pray we must for our people

The government should create artificial downpours through the process of cloud seeding in the area as it could help ease the emerging drought conditions however its highly unlikely that they would take such an expensive step. Another solution is that we should pray for rain in Gwadar. Following are some verses from the Hadith that are recited during the period of drought;

‘O Allaah, provide water for Your servants and Your cattle, spread out Your mercy and resurrect Your dead land.’