Earthquake downgraded to 5.9 magnitude on Richter Scale. The epicenter was north-eastern Afghanistan, not appearing as a strong earthquake like the one experienced few weeks back. 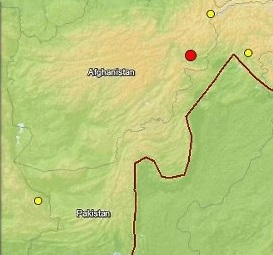 Epicenter of the Quake

6 thoughts on “Another Earthquake hits Pakistan including Islamabad!”