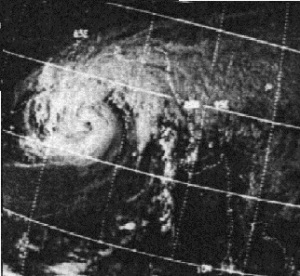 Bhola from satellite in 1970

Cyclone Bhola or the Bhola cyclone, the name “Bhola” is not the actual name of this cyclone, but it is the name of the Island in Bangladesh where it made landfall. Bhola in Urdu language means “cute” or “unaware”. Bhola was responsible for the death of 500,000 people, it is the most deadliest hurricane in the history of mankind.

This was the first natural disaster in the world that helped trigger a civil war and a creation of a new state.

What was Cyclone Bhola? – A small history

A tropical storm “Nora” (cyclone) developed in the South china sea, Western Pacific Ocean on October 31 and crossed into North Indian Ocean on November 5, at that time it was a remnant low pressure. Remnants of Nora again intensified into a depression on November 8 and intensified gradually to become a major hurricane on November 11, it had winds up to 115 mph, making it a very severe cyclonic storm on Indian Meteorological scale.

While Bhola had 130 mph winds on SSHS scale, making it a category-3 hurricane. It made landfall over Bhola island, East Pakistan the other day. The storm completely dissipated on November 14 night. Though the storm was dead, its story was just about to start a new history in the Sub-continent. It will not be wrong if we say that more than half of the credit goes to this Bhola for the creation of Bangladesh.

Blame who for the fall of Dacca (Dhaka) – Pakistan or India or Bhola?

The flag used for Bangladesh movement!

November 12, 1970 was a normal day for the villagers, farmers, fishermen of East Pakistan. The Indian Meteorological Department (IMD) and the Indian government knew of developement of a severe cyclone in the Bay of Bengal but this information was not passed to the Pakistani government due to poor relationship with Pakistan. The Pakistan Meteorological Department (PMD) did give a warning about the storm just few minutes before landfall but they were extremely late as East Bengalis were taken by surprise.

East Bengalis, before the storm, had started an independence movement from Pakistan. East Pakistanis or East Bengalis, these were the people who voted to be a part of Pakistan, they dreamt of a peaceful land, where all the muslims of the Sub-continent could live in an atmosphere of peace and harmony. But their dream was just a dream, these Pakistanis were deprived of their basic rights and had little hope from the federal government in West Pakistan. They had no choice but to start another independence movement, but this time it was not the Hindus like in 1940s but they were fighting against those same Muslims who once fought together to have Pakistan.

The creation of Bangladesh clearly shows that the famous “Two nation theory” of Sir Syed Ahmed Khan is clearly wrong. 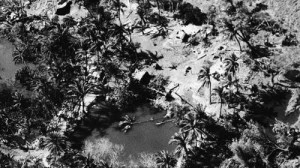 Cyclones in Bangladesh are considered as the most deadliest cyclones in the world. Following is the list of cyclones that caused death toll over 1,000 since 1965;

It has been said that due to the rise of global warming the number of cyclones in the Bay of Bengal will decrease but those which will form will have enough strength to wipe out towns and even small cities. Bangladesh is already on the top list of hose countries which faces a severe threat from global warming.

Should we now take the lesson from Cyclone Bhola?

Pakistan government was heavily criticised for their lack of interest in helping the East Pakistanis during the cyclone. It was not the first time such thing happened during the 1965 cyclone in East Bengal, the government was again criticized for the same reason. But the Bhola cyclone was a seed that helped grow a tree and eventually a fire that made the Pakistani Government feel that they were bit late and due to their governing style we lost an important part of Pakistan.

All Pakistan governments should not use natural disasters as a key of winning the election or increasing their popularity, or else another Bhola incident is not far away then. We saw similar scenes during the 2010 floods in Pakistan, where some suggest that floods in Sindh and South Punjab were man-made and the affected families were not told of the floods in advance.

Though almost all the natural disasters in Pakistan do not have a happy ending, but we should work together in times of natural disaster and help the neglected people so that we do not let history repeat itself.

A famous American evangelical Christian writer and political activist, Jim Wall had this to say about natural disasters;

“Sometimes it takes a natural disaster to reveal a social disaster.”