“Siachen is truly the no-man’s land” 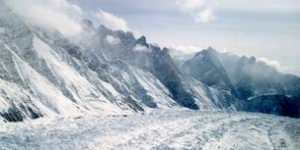 On early April 9, a deadly avalanche engulfed Pakistan army headquarters near the Siachen Glacier in the eastern Karakoram range in the Himalaya. The tragedy occurred at an altitude of 15,000 feet, the avalanche has left snow up to 25 metres. Siachen has been named as ”The no-man’s-land” which is 20,000 feet above sea level. Some 130 people have been buried due to the incident most of them are Pakistani soldiers.

What is an Avalanche?

An avalanche is a fast-moving flow of snow and ice that rapidly travel down a mountain slope, uprooting trees and anything in its path.

How does it occur? 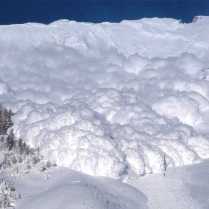 An approaching Avalanche - Watch out!

It occurs when the layers of snow near the surface cannot be supported by the layers below, causing a flow of snow to move at a rapid speed down the mountainside.  Avalanches generally happen after a snowstorm. As more snow accumulates, this builds more pressure on the snow, causing more stress.  The weather and temperature are also important factors, as the sun beats down on the snow, it causes melting, however colder nights cause the snow to freeze.  Warm weather fronts are dangerous, causing unstable temperatures and changes in the snow.  It has been said that avalanches occur in the north, east and the northeast, because shadows are generally cast in these directions causing unstable snow conditions, cooling and warming temperatures. 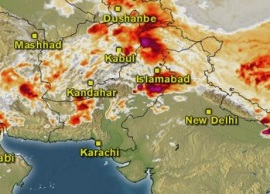 As of April 8 night, a thunderstorm is moving towards Kashmir

A fresh rain front is approaching the northern parts of Pakistan that is bringing moderate form of precipitation that includes mostly rain with hail as well as snow expected at higher altitudes. The weather system is very likely to start its activity from tomorrow in the north-western parts of the country that would spread till the northern areas including Siachen on April 9, this activity is very likely to continue till middle of the next week. During this period heavy rainfall is expected over the regions of Azad and Jammu Kashmir, rainfall could exceed 100 mm at isolated places between Azad Kashimar and Indian Kashmir during this week. The real threat over Siachen however is the maximum wind speed which may reach to 90 km/h while more than 4 cm snowfall could also fell over that area that is very likely to hamper the rescue operation.

PWP is closely monitoring the weather of Siachen and surrounding area for any development of severe weather.

2 thoughts on “Avalanche in Pakistan – Tragedy at Himalayas!”