‘Much awaited Meteor shower of the year’ 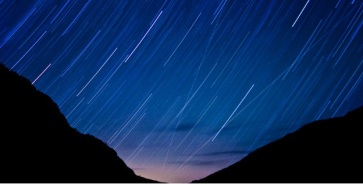 You are probably thinking that what would happen tonight, right? If you happen to be a Space enthusiast, then tonight is your night. Call them ‘Shooting stars’ or ‘falling stars’ or what ever you like, it’s going to occur tonight. But the only rival this night would be the cloudy periods in most of Pakistan including Karachi.

What is a Meteor shower?

Depending upon the width and height of these dust trail, a meteor shower could last till minutes to weeks. This time it is passing through Swift-Tuttle comet, thus calling it ‘Perseid Meteor Shower’. 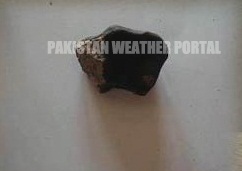 On May 5, a meteor shower occurred in the Ladki village of Tharparkar district in Sindh during the night of May 5. The meteor caused a small crater. No damage occurred in the area however the meteor fell over a school building. The local people described the event as loud as thunderstorm or a bomb blast reported by a journalist Prem Shivani. The meteor weighed about few hundred grams. (This is the actual image of the meteorite hit the Thar region of Pakistan)

The Perseids are considered by a large number of people to be the year’s best shower as they are fast and bright meteors than any other event. The event has been already visible over some western countries and now the time has come for the eastern countries.

The skies from Israel to Philippines would shine on the night of August 12 till August 13 morning. The meteor shower would take place at the speed of 59 kilo metre per second as high as one hundred meteor would fall per hour. The Perseids never fails to disappoint the people, it is said that it is an impressive display of beauty of the space.

9 thoughts on “Midnight Madness – The Shower that would shine up the sky!”