Temperature and Precipitation till September 15

The Monsoon season of 2013 reached it’s peak in Pakistan in the month of August when it poured high intensity rains in the south and the central areas that were experiencing a dry rainy season though the north continued to experience above normal rains in June, July, August and even in September.

Monsoon has withdrawn from most Pakistan! 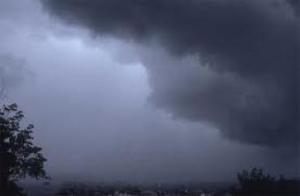 The upper parts of Pakistan have been witnessing daily rain (isolated to scattered in nature) since the beginning of tenth spell on August 27 before that a short dry gap was witnessed. The rain coverage increased again on September 8 as thick clouds were observed on satellite image as the the 11th Monsoon spell (first mentioned in Monsoon of Pakistan on September 1) hit the Northern areas on September 8 (with +1 day error). The intensity remains moderate so far. 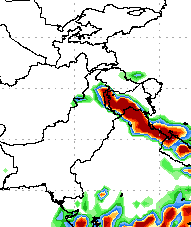 Notice: As compared to the previous spell, the 11th monsoon spell is weak in intensity however due to western low and continuous penetration of weak moisture from Arabian sea, some areas of north will have chances of rain in the coming week after that a decrease in moisture is seen.

South: Monsoon has left the building!’

Small weak cloud formation can take place on Panjgur, Kech and Awaran districts of Balochistan. Other areas of Balochistan will remain remain with few passing clouds (Kharan, Lasbella, Khuzadar and other adjoining areas).

From the middle/late of this coming week, temperatures can increase in parts of the country by 2°C/3°C.  There is a probability that once the coverage of the 11th spell dies down on September 9 night/September 10, a similar intensity spell can affect the northern areas on September 12 (+1,-1 day error). After the 12th spell, mostly dry weather is expected in the upper parts. 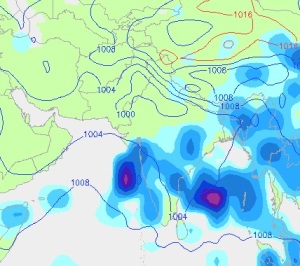 The west coast of India can witness some rain as the eastern Arabian sea is set to become a hub of clouds from the coming late week. Weak clouds from coastal Gujarat can move into coastal and south-eastern Sindh. While there is a tropical depression formation alert during the third week of September as a numerical models points towards the formation of a depression near Maharashtra coast. All tropical activities in the Arabian sea are always monitored by PWP either it affects Pakistan or not!

Poll of the week