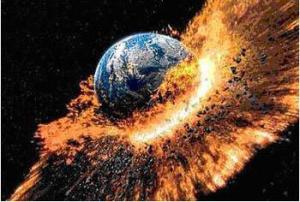 When we talk about Judgement day, we usually think of heaven and hell. But the question arises is that how judgement day will  occur? It is said that it will happen in the form of natural disasters raging from west to east. Most common believe is that earthquakes will rock the planet and mega tsunamis will wash away the planet. Though as compared to other religions in the world, Islam is the only one which gives a sort of more information on the events that are likely to happen before, during and after the Judgement day.

One thing that must be highlighted is that Islam shows that there will be abnormal weather and severe natural disasters that will show the signs of Judgement day. Weather is likely to play an important role on the “Last Day”. Although there are many other events too that will happen but weather will be also playing its role side by side. Most of us think that global warming will be the force that will eventually cause these wicked and unusual phenomena to happen. What ever the reason be, we might never know how it all will start.

There are around hundred minor signs given in Islam about Judgement day but few signs are of weather, which are as follows;

“And great earthquakes shall be in divers places, and famines, and pestilences; and fearful sights and great signs shall there be from heaven.”

Since the beginning of the 21st century, there had been no major outbreak of famines in any country except for few small cases in Africa but in July this year, the United Nations declared Somalia a famine-hit region after weeks of severe drought in the country, more famine will occur as population rises and government’s become more corrupt.

There are few major signs in Islam regarding Judgement day but almost all has links to meteorology and geology unlike the minor signs. Following are the major signs;

“All of those people would sink but they would be resurrected and judged according to their intentions.”

The Eastern earthquake has been said to sink all the regions in that part of the world, some religious scholars have defined the term “sink” as tsunami, if that is the case then the March 2011 and 2004 tsunami must be kept in mind. The Western earthquake will also have a huge impact on the world, the most active fault line in the west is the California fault line. These earthquakes will send wave of destruction from all the corners of earth and eventually in the end a new world will born. 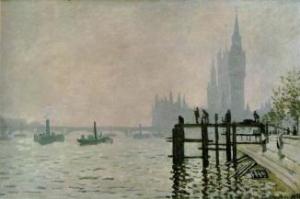 “And Smog will surround the cities..”

The number of smog covering the cities has increased during the last few years mainly due to the increase in population and air pollution. Smog is a word derived from smoke and fog. The smog is highly dangerous form of air pollution that can cause breathing problems as well as eye infections. In Islam it is said that;

“Smog will occur due to the sins of the people as what evil have they done in their lives.”

There have been a great number of cases of smog in United States, United Kingdom, Iran, South-east Asia and many other countries.
These are the main weather-related and geological events that are considered minor signs of Judgement day, all other are related to the deeds and behavoir of people.
Not much is known about this fire some say that war and unrest will cause this fire while some say it will be a “Wildfire”, that will happen due to intense heat. But all Islamic scholars agree that it will be Yemen where this fire will occur.
It is in Islam that winds will take the soul of the believers so that they do not have to face the wrath of God on the disbelievers. There is not much information on what will cause these winds to blow.
The most famous and the most major sign of Judgement day is that the sun will rise from the west and set in the east, a complete opposite to its original path. This sign is only present in Islam and there is no hint or information about such event in any other religion in detail. There has been no scientific reason available yet to show that what will cause such a sudden and unusual chang in the direction the earth or the sun. However such motion is called Retrograde motion, meaning opposite movement than original path. Some people suspected that Mars have gone through this motion but recent studies show that the movement of Earth is faster than Mars thus it seemed as if Mars is moving backwards but in reality it was Earth that was moving fast (normal movement). Holy Prophet (PBUH) said that;

“The day of the hour will not come until the sun rises from the west, if it rises and the people saw it they will all believe, when a time where nothing will be accepted anymore of believe the truth”

From 2003 to 2009, strong rumours griped Pakistan that NASA has confirmed that sunrise will take place from the west in the future but these rumours failed to reach any other Muslim countries. NASA and other scientific organizations have never published a report about such phenomena as of now. 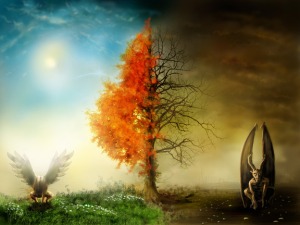 Heaven or Hell: The real resting places of man

And after these signs the world will come to an end and a new world will born where there is a division between the good and the evil, and a place for them is either Heaven or Hell!

6 thoughts on “The day when the Earth will stand still – Judgement day through the eyes of Islam!”