“This is a special tropical coverage that started from December 22 and ended on December 24!” 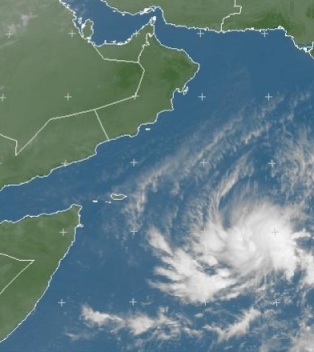 During the 2012 North Indian Ocean cyclone season, a total of four tropical depressions formed, one in the Arabian sea while three in the Bay of Bengal. All these storms intensified into a deep depression while only two further intensified into a cyclone. Season’s first tropical cyclone ‘Murjan’ formed in the Arabian sea in October that made landfall over Somalia while ‘Nilam’ formed in the Bay of Bengal and moved into Indian state of Tamil Nadu.

This season has been mostly inactive and have missed out any major storms as most storms formed during the North-East Monsoon season. If the current scenario is to be believed then a tropical depression could form in the Arabian sea which does not look much significant. Updates are being published below;

When will a tropical depression form?

An upper air cyclonic circulation is present in the south-eastern Arabian sea while the Joint Typhoon Warning Center (JTWC) on December 21 has upgraded this system to ‘medium’ (chances of it attaining the category of a tropical storm). This system could intensify into a well-marked low pressure or a tropical depression before striking Somalia coast on December 24 or December 25, as of December 22 it has shown the spiral band formation around the thunderstorms. Its remnants would move into Gulf of Aden and some parts may move into Yemen. The track is slightly identical to cyclone ‘Murjan’.

Possibility of spinning into a cyclonic storm ‘Mahasen’ is now possible as of December 23.

The deep depression ARB 02 further intensified into a strong deep depression attaining winds of 45 mph that were gusting to 55 mph before the strong vertical wind shear exposed the system, ARB 02 is expected to weaken rapidly now and make landfall tomorrow morning as a remnant over Somalia or dissipate over water, its clouds also entered the Pakistani waters as the system weakened. Following are the features of the storm;

The depression ARB 02 has further intensified into a deep depression while JTWC has declared it as a tropical storm. There are chances of during the next 12 to 24 hours it may further intensify into a cyclonic storm ‘Mahasen’ due favorable upper level environment. Following are the features of the storm;

Can it move towards Pakistan? 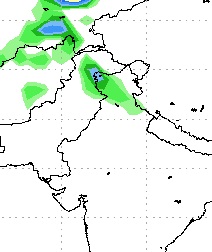 Rain in the North

It could not move towards Pakistan because of presence of strong vertical wind shear in the north Arabian sea and the prevailing cold waters. Western disturbance ’12’ is also approaching the north-western and northern areas of Pakistan and due to presence of moisture in the region, there are chances of moderate downpour with strong winds in Islamabad, Quetta, Peshawar and other surrounding cities from the middle of the coming week.

It is worth mentioning the in recent years the tropical activity in the Arabian sea has increased but their track have also shifted from Sindh-Gujarat to Oman or Somalia which is also unusual. Lets see if this storms come into being or not!