Rainstorms, Windstorms, Hailstorms, Thunderstorm, Blizzards, Avalanches – These are the things that Pakistan has witnessed in the last three days, astonishingly whole country has been affected by the PWP’s most talked severe winter storm (western disturbance ’18’) in the last few days. This deadly storm has brought countrywide precipitation and a coldwave, as the country was going through one of it’s driest winter.

According to private media, at least 14 people have died in weather-related incidents. A lightning strike also killed a horse and two donkeys in Gujranwala, Punjab.

What made it so strong? 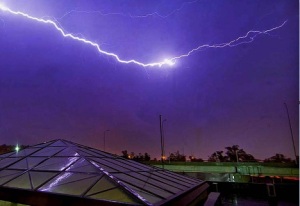 A low pressure area formed over Rajasthan due to which moisture laden winds from the Arabia sea and the Bay of Bengal started penetrating into the western system, the moist and warm air from the Arabian Sea was drawn northward along the jet-stream that was extending from middle east to northern India, where it interacted with cold air mass of Russia. The rain and snow were severe over the northern areas while the southern parts received moderate showers. Southern port city of Karachi witnessed an isolated hail along with showers. Following was the amount of rainfall that occurred in various cities of Pakistan;

The Avalanche on February 3 buried six people in upper Dir. Following is the quantity of snowfall that occurred in the northern areas;

We told you so! 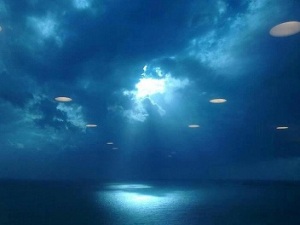 Pakistan Weather Portal (PWP) in its January 31 update had warned that 120+ mm rainfall could occur in the northern areas while there were chances of blizzard as well. Western disturbance ’18’ also followed a track as foretold by PWP in the January 31 update which is stated below;

On February 4, weak cold winds may penetrate into the country especially the northern areas.”

Is it the strongest Winter storm?

It can be compared to the February 2003 storm that occurred in the third week of February and sub-merged many cities of the country including Hyderabad. However the 2003 storm was much powerful than the 2013 storm as it flooded the southern, central and northern areas of the country; and lasted till a week, it also brought unconfirmed tornadoes. 2003 storm’s highest rain was 314 mm in Murree while 2013 storm’s highest rain is 219 mm in Rawalakot!

But the storm of 2013 break the snowfall records – That is amazing!

36 thoughts on “After 10 years – Another February Storm lands in Pakistan!”