‘Something new came from the sky!’ 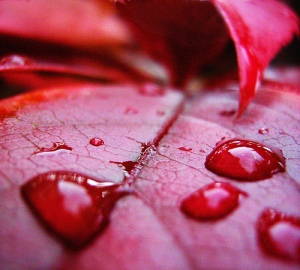 All is Red – The people were scared!

You are standing outside in rain, enjoying the cool breeze and the smell of the rain, suddenly you notice that your clothes are turning RED. The pond of rainwater is turning red, the wall of houses are red and when you look up at the sky red rain is falling on you, thick as a blood! Really red rain? Only saw it in haunted, science fiction or fantasy movies? Well they exist in real!

The first well-documented reports of red rain came from the southern state of India, Kerala in the year 2001 though some reference of such incident have been recovered from the year 1818. After 2001, there had been reports of red rain in Kerala in 2011 and 2012. The unusually phenomenon also occurred in Sri Lanka in 2012 as well. 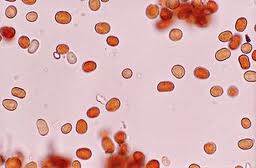 Particles from the red rain

As per the Hindu culture, the red rain signals the wave of destruction and woes, the God punishes those who have sinned. The killing of innocent also leads to red rain, following are further details about incident;

On July 25, 2001 –  The districts of Kottayam and Idukki witnessed a massive lightning followed by intense (locals say explosion) thunder. The unusually weather occurred for 20 minutes and over a small area, other places witnessed ‘normal’ rain. The people who witnessed this unusual event said that they observed rain of number of colours which included green, yellow and even black. The red rain was reported in the state till September with brief intervals. The unusually phenomenon gained  widespread attention in India after five years .

Winds of blood in Sri Lana?

Though after 2001, Kerala continued to witness this unusual phenomenon in the years to come but in 2012 Sri Lanka became the second country in the sub-continent to report this unusual occurrence. From November 15 till December 27, 2012 heavy rain fell over the northern and eastern parts of the country. This even gained international media attention at once!

Theories – What led the blood rain? 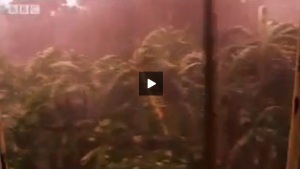 It is worth-mentioning that the red rain only occurred in the specific area of sub-continent that consists of Indian Kerala and Sri Lanka, we shall call is the ‘Red Region’. Following are the years in which red rain occurred in Kerala;

There are may theories about this rain but we shall only mention the famous ones;

Meteor Explosion over India
First it was thought that the colour came from the burst of a meteor that mingled in with rain clouds.

Water-based Tornado splashes animals
A waterspout traveling over the sea might have brought the red rain, red representing the blood of fishes or bird.

Factories and Acid rain
Chemicals released by the factories which makes acid rain.

Government and airborne spores
Government of India believed that the winds carrying pollen grains or airborne spores from the local algae might be responsible, that was their final verdict.

Aliens invading India
A research at Gandhi University in India gained international press coverage when the scientists there said that they have believe that the red rain contains cells which are extraterrestrial as they have the potential to grow at the temperature of 300°C yet they have no DNA nor RNA.

What to believe and what not to?

According to historical record, red rain has been reported in the United Kingdom but Britishers mostly believe in dust particles or water spout for the unusual event. What causes the Kerala’s blood rain is still unknown as everyone in India has their own version, so what do you believe in?