Temperature and Precipitation till February 18

After experiencing a severe cold wave that brought temperature to rare freezing point in Sindh, rainy days are back and they are heading once again to Pakistan as large western disturbance ’20’ is in Balochistan at present.

Western Disturbance 19 entered Pakistan on February 3 and entered India on February 7 night. It caused heavy snowfall in northern Balochistan and parts of Khyber and Gilgit. On February 6, it caused sixth winter rain in Karachi, the rainfall was isolated moderate that lasted for 10 to 15 minutes.

WD 19 also caused frequent rainfall in Islamabad during this period. WD 19 was the third western wind to cause major winter activity in the country. It was followed by a severe cold wave in Sindh, temperatures reached -2 in Dadu while Karachi broke a 30 year old-record.

*Western disturbance 20 to affect Pakistan from February 11 night till February 14.

*Cold wave to follow WD 20, however it is much weaker than severe cold wave that affected Sindh few days back.

*Western Disturbance 21 to affect Pakistan from February 17 night till 2 to 3 days.

Western Disturbance 20 has reached north-western Balochistan and from here it would take a north-easterly path towards northern Pakistan and would reach Indian Kashmir on February 14 before moving into northern-central Sub-continent. Its trough and moisture incursion would also have an influence over the southern parts of Pakistan.

Precipitation is expected northern Balochistan from evening/tonight and that continue till February 12 evening and from February 12 morning the northern areas of the country will be under the influence of this western wind. By February 12 night/February 13 morning, the trough of WD 20 would be extending till southern parts of the country where there would be slight chances of isolated rainfall in Sindh including Karachi and few parts of Makran.

Rainfall is also expected in Islamabad and Peshawar from February 11 mid-night till Febrary 13 night/February 14  morning with intervals as by then WD 20 would start to move away from Pakistan, while there are also chances of isolated shower in Lahore and Multan during the period. There are slight chances of drizzle/shower in Karachi, Sukkur, Nawabshah and Hyderabad on February 12 night till February 13 morning. (The picture on right shows where rainfall will exceed 30 mm on February 13).

Cold wave: Will it be as strong as the previous one?

No, this latest cold wave will be much weaker than the severe cold wave. It will affect the country after WD 20 moves away from the country. Minimum temperatures would decrease in Islamabad (3°C-8° C) and Lahore (5°C-8°C)

In Karachi, temperatures would start to decrease from February 14 and remain so till 2 to 3 days, minimum temperature might range from 8°C to 12°C.

Western Disturbance 21 –  Will it come to Pak?

WD 21 will be the third western wind to affect Pakistan from February 17 night till 2 to 3 days including Islamabad, Peshawar and Quetta. Will it cause heavy snowfall and rainfall? or Will it just move away like any other WDs?

*Mild cold wave affecting Balochistan, it will affect Sindh including Karachi from tonight as written in the last update.

*Fresh western weather system to affect the country with intervals from February 17 night as written in the last update. 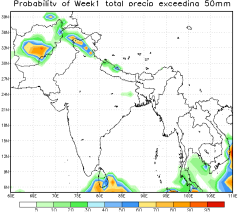 More than 50 mm rainfall till February 21

Next few days will be dry in the country but all that would change once western disturbance ’21’ enters Balochistan on February 17 night and cause precipitation in the province that would gradually expand to other parts of the country in the coming day. WD 21 has a heavy moisture-laden winds that could cause some scattered thunderstorms in north-western Balochistan, Gilgit and adjoining Khyber.

Rainfall is expected in those same places where WD 20 has already precipitated but WD 21 has the potential to drop some  isolated heavy rainfall/snowfall in the hilly areas of the country with fast winds (45 km/h or greater). However the the province of Sindh might remain dry with partly cloudy skies with slight chance of drizzle at some isolated places due to moisture incursion coming from west.

New wave of cold – Is it strong?

Pakistan Weather Portal (PWP) forecasted a cold wave that would reach Karachi on February 14 and that cold wave has reached, although it is weaker than the previous one. On February 13, it entered Balochistan and tonight it will engulf Sindh. Minimum temperature might range from 8°C to 12°C in Karachi till February 17. Wear your warm clothes for now!